Note on this entry

This is an updated version of an earlier post, where I used the first release candidate for Phoenix 1.3 for my project. The released Phoenix 1.3.0 differed slightly from the release candidate, notably in where the web directory is located. Those changes are all reflected here.

The idea for my capstone project came from my wife. After one of those senseless, cyberbullying induced suicides, my wife though of an app where parents could monitor their loved one’s social media public feeds for any signs of bullying or outward displays of suicide ideation. In order to limit the scope of what promised to be a significant undertaking for a lone developer, I chose to collect on a single social media site initially. Given its robust API and general ease of use, I chose Twitter.

For my tech stack, I chose to deviate from other languages I had already used. There wasn’t anything particularly wrong with Rails, JQuery, or AngularJS, but with an open sandbox and my pick of tools, I selected my favorites: Eilxir on the backend, with Phoenix providing the web interface layer, and React with Redux for the frontend demo. While Python or any number of other languages might have been more performant in terms of parsing and analyzing the collected data, few can compete with Elixir’s out of the box scalability, fault tolerance, and maintainability.

In order to develop a wider variety of skills in an academic setting, I chose to expose two different Phoenix endpoints as my user interaction layer. The first is a JSON API for handling all things related to user profile, settings, and authentication. For the other, I would use a famously efficient Phoenix Channel to manage websocket connections that expose the social media monitoring functionality of the app to the user. In regards to data collection from external API’s and analysis, I chose to utilize Elixir’s built in Erlang OTP abstraction.

Living on the Edge 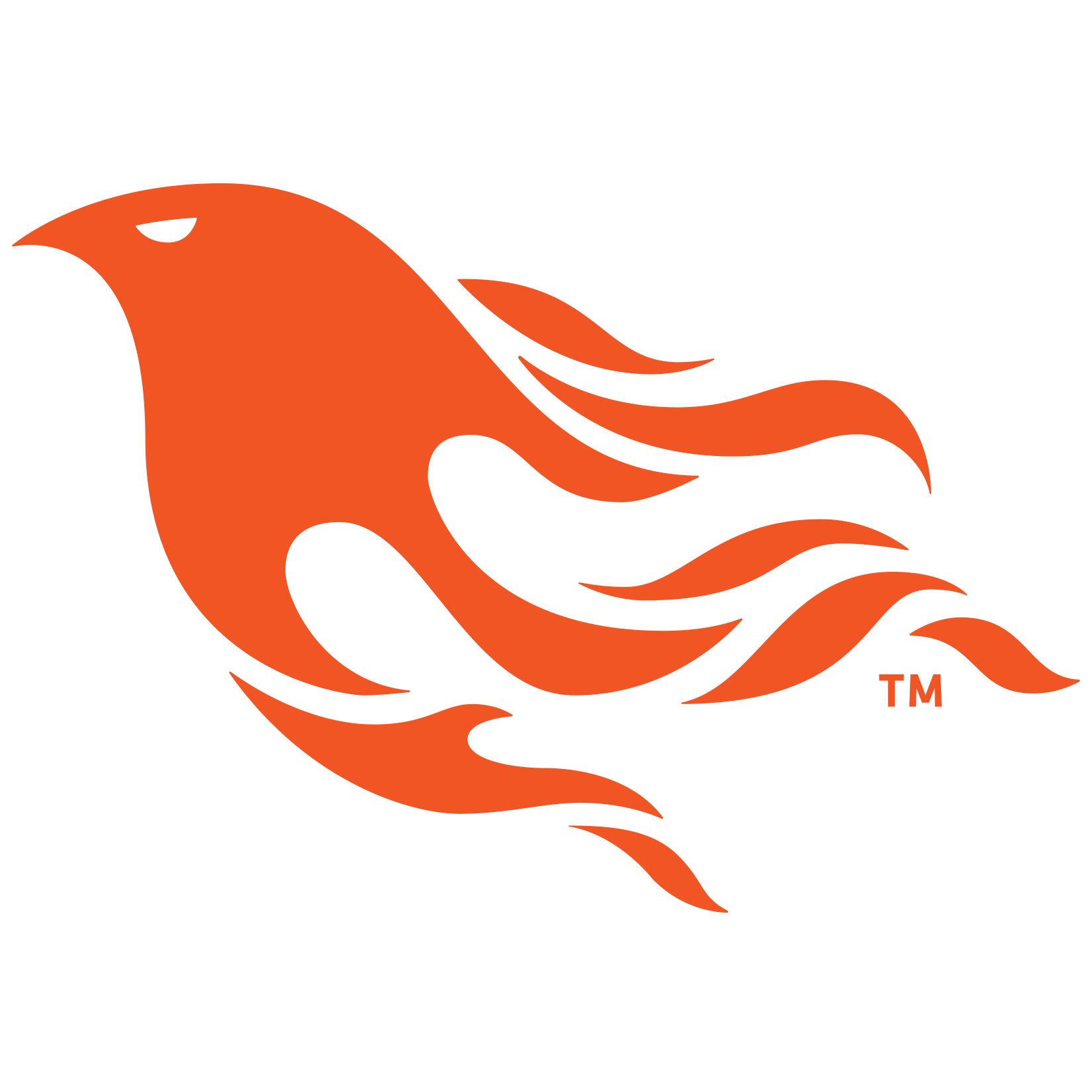 Since this is an app I built in order to further my education, I opted to venture out on the bleeding edge and use Phoenix 1.3. Don’t let the what seems like a minor version change fool you. While there are no real breaking changes or significant new features being introduced in 1.3, alterations to the directory structure and new code generators introduce a seismic shift in how a developer approaches a Phoenix project. Chris McCord provides an overview of these changes in the Lonestar Elixir keynote address, his release candidate Elixir Forum post, version 1.3 forum post, and his more recent ElixirConf EU keynote. Additionally, astonj has compiled and maintains a Phoenix Contexts - learning resources. Those were all essential for me to getting started, but I found the concepts easier to grasp once I began building my project.

While the Phoenix team does emphasize that these changes are suggestions for how to organize and approach your project, for the purposes of my app I chose to implement it (mostly) as suggested. For me, these are the three big takeaways from this new version:

At its core, Phoenix 1.3 provides a forcing mechanism to design with intent. You have to think about what you’re going to do before you do it. Early on, I struggled a bit with the new structure, but ultimately these guidelines lead to more purposeful app development, with clear divisions of responsibility, and more reliable code.

The stuff dreams are made of

A quick note on the nomenclature for this project. In keeping with the Phoenix mythical bird theme, these systems are named after characters from the classic 1941 film, The Maltese Falcon. The relevant part of the movie’s premise is rather simple: A prospective Client approaches Bogart’s famous character, Sam Spade, with an interesting case. Spade takes the case and dispatches his partner, Miles Archer, to gather information on the case and report back, but ultimately it’s up to Spade to solve the mystery. Fortunately, we made a few improvements on the movie, so if Archer would happen to die under mysterious circumstances, he’ll be seamlessly revived and put back into action thanks to the magic of OTP.

I settled on the name Flatfoot for the app. I realize that’s more a beat cop than a private investigator like Spade, but 1940’s era slang for a PI doesn’t seem appropriate in a modern context.

We can see a basic outline of the architecture quite clearly in the new directory structure. Each system has it’s own directory within /lib/flatfoot. Also worth noting, the old /web directory - once a clinger to the root in early versions of Phoenix - now finds a more appropriate home and a new name: /lib/flatfoot_web.

If you’re used to running a third party bundler like webpack with earlier versions of Phoenix, you’re also likely to notice how uncluttered the root directory is. Our package.json, webpack.config.js, .babelrc, testing configs, and the node_module directory are now all packed away quite neatly within /assets.

We’re left with a clean, easy to reference directory tree, with clearly defined boundaries for our systems.

In this app’s most basic form, all user interaction is managed by the FlatfootWeb system. It’s responsible for handling requests from the user, requesting and persisting data via interaction with the other systems, and returning gathered data to the user. The Clients and Spade systems expose their interface to the Web system via their context modules. The Clients system handles all requests relating to the management of users and their preferences, such as creating a profile, editing that profile, and authorizing access via session tokens. The Spade system is where the significant action begins.

Via websocket transport monitored by SpadeChannel, users may request retrieval or deletion of persisted results or request new results altogether. Figure 3 depicts what happens when a user requests new results.

Contexts as API for App Boundaries

As Mikel Myskala has pointed out, the biggest mind shift here is understanding that we’re only minimally coupling our data to our application. One of the more challenging aspects was developing optimal boundaries for my application - and I’m still pretty sure I could further improve things.

Unlike previous versions of Phoenix, accessing the underlying schema and modules should only be accomplished by calling functions within the context module - so no more Repo calls from controllers. Within these contexts you’ll find common, RESTful functions like Clients.create_user(attrs) or Clients.get_user!(123). But you can quickly create more dynamic and useful functions like Clients.get_user_by_token(token), which returns a User when provided a valid session token. The Flatfoot.Clients context functions as the boundary and it’s the only place you should expose the underlying system to the rest of the app.

Each system has it’s own directory, with a matching name context file. To aide in my own readability, I broke slightly with the out of the box Phoenix 1.3 directory convention. In order to avoid cluttering each system’s root directory with schema, I nested all of the Ecto schemas within the /schema directory:

It’s important to note that these systems can be more than just a single context file and schema. Any Elixir modules affecting the system can - and most likely should - be located within the boundary. In my Archer system (see directory tree below), I included an archer/otp directory to house my ArcherSupervisor, Archer.Server, and /backends, which contains my task modules.

While this can appear unnecessary, this loose coupling provides a layer of isolation that let’s us modify our code internal to the system without having to consider that we are breaking any dependencies elsewhere in our app. A (nonsensical) example here, would be that if we wanted, we could change the name of the function from Server.fetch_data/1 to Server.get_me_some_data/1. Instead of having to change every call to Server.fetch_data/1, we only have to adjust it in the context:

There are often times when different systems need access to the same table in the database. In Flatfoot, the Archer, Spade, and SpadeInspector systems all require access to data from the backends table. In earlier version of Phoenix, everyone would just refer to the same Archer.Backends model, thereby adding yet another coupling between different systems. In Phoenix 1.3, however, we simply create customized schemas for each system.

Figure 5. Each system needing access to the backends table has their own schema.

While each of the three Backend modules in Figure 5 are schemas that represent data from the same table, they only pull fields and associations according to the needs of the system (see Figure 6 below). The SpadeInspector system only needs the module name for each backend in order to build the right configuration, while the Spade system only needs a few fields available in case users need that data to select a backend for a particular account. We are able to deliberately encapsulate our schemas and associations within each system and minimize coupling.

Figure 6. Backends for each system.

For my app, I had one situation where I needed to associate across boundaries in order to properly handle deleting a User. Similar to the situation above, both the Clients system and Spade system make reference to the users table and they both specify different has_many associations for their unique User schemas:

This all works perfectly well until someone needs to delete their account. The Clients context needs to offer account deletion functionality, so we create a simple function within that context:

When we run our tests, however, we get an error:

Our User is still be referenced by elements of another table, so Ecto will throw that ConstraintError. Our problem, though, is that our User schema in Clients does not declare the has_many ratio with wards table.

We could simply add the has_many :wards and has_many :watchlists with a on_delete: delete_all option, which is what the Phoenix 1.3 guides suggest. But since those guides weren’t available in the RC version of 1.3.0, and I was rather obsessed with decoupling, I opted to create one central schema that contained all the associations.

I wouldn’t recommend doing this (follow the guides above), but I leave it here to show an alternate method: create a new shared system:

The system has one schema, user.ex:

And the context, shared.ex, only one function:

Now we go back and modify our Clients context:

Note that we return a Clients.User structure instead of the Shared.User that Flatfoot.Shared.delete_user(user.id) returns. If we just returned the result directly, it would only be a user struct with associations, which isn’t that useful.

Phoenix 1.3 is a significant departure, not only from earlier iterations of framework, but also from the MVC architectures that have dominated web development recently. One can’t help but feel that Phoenix is coming into it’s own, escaping the dominating shadow of the popular frameworks before it, and offering something new, something more in line with evolving, modern web design. Additionally, Phoenix 1.3 feels more like a natural extension of an Elixir umbrella app or collection of microservices than it does a monolithic MVC app like Rails.

It takes some getting used to, but the future is bright.

Dave is a Support Engineer at SalesLoft, husband to Sarah, graduate of West Point, and avid Atlanta United supporter.

Survive the Fire On to SalesLoft Presenting at a Meetup Flatfoot, pt 2 - Phoenix 1.3 Flatfoot, pt 1 - The API Locorum