Back in February of 2005, I was a shiny new 2nd Lieutenant. I had spent the previous fall learning how to lead tank and scout platoons in the classroom and the field near Fort Knox, KY. All my training was focused on how to best maneuver my troops in combat operations. I was by no means an expert, but I at least knew the basics.

By February I found myself in a surprisingly chilly Baghdad with my new unit, but due to some unsurprisingly poor personnel management by Uncle Sam, my unit had an overabundance of LTs. With no scout platoons available, the leadership found a different role for me while I waited in the wings. I was assigned as an assistant intelligence officer - a job I had neither trained for nor had much exposure to. Twelve hours into the job, my boss - the senior intelligence officer for the unit - tasked me to brief the intelligence portion of the nightly battle update brief. 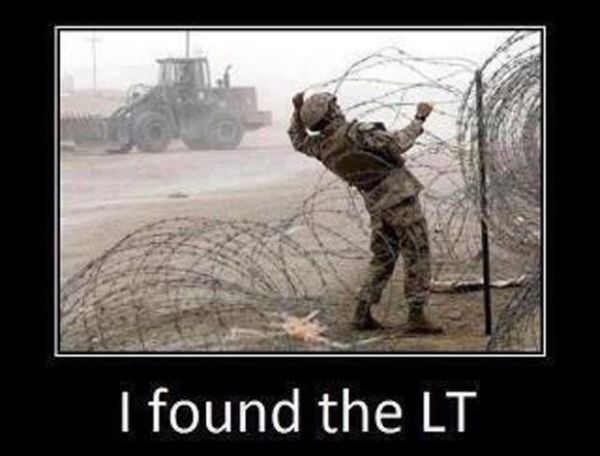 I’m not sure if the term “imposter syndrome” really applied in this case. After all, I really was an imposter. I was about to stand up and provide an intel brief for the senior leadership, all without having a real clue what I was about to do. The following 15 minutes was a bit of a blur, but the singular moment I’ll always remember is when I pronounced HUMINT as “hum (like humming a note) int”…and received a chorus of laughter. What I didn’t learn in my vast 12 hours of training was that HUMINT was an acronym for human intelligence (i.e. sources tell us that the enemy is massing in the palm groves…). If you’re playing at home, that means I should have pronounced it “hum (as in humid) int”. Apparently, to a bunch of senior Army officers, there was nothing funnier then an ill trained butter bar ridiculously asserting that the pitch of a hum could be measured in whole numbers.

I learned two big lessons that day. First, always double check that you’re pronouncing things the right way (jason, jay-sawn, or J-S-O-N?). Second, you’ll survive public speaking gaffs. I went on to be ranked the top junior officer in the unit, be afforded the honor to command two troops, function as the senior US commander for an area roughly the size of Deleware along the Iraqi/Syrian border, and successfully briefed Generals, foreign heads of state, and CONDELs - pronounced Kahn Dells, for Congressional Delegations.

So fast forward to October 2017. I had just completed Flatfoot, an app I built using a release candidate for the then upcoming Phoenix 1.3. It was a significant departure from the traditional MVC world of Phoenix 1.2 and many other popular web frameworks. As I worked my way through various forum posts, tweets, and YouTube videos, I learned a lot about service-oriented design and how this new version of Phoenix was bringing that to an already robust web framework. Once complete, I thought it would be an interesting topic of discussion for the Meetup and our organizer, Osa Gaius, agreed. I had a month to get my slides together.

There’s no better way to learn a particular subject matter than to teach it. Not only are you able to better visualize and speak to what you did by having to explain what your project does, but you also identify gaps in your knowledge base and are forced to close them. For this particular project, I initially struggled to explain the importance of what Phoenix 1.3 was doing. I knew that decoupling functionality represented quite a bit of what was new, and there was something about Domain Driven Design…but I felt like I wasn’t quite explaining it well enough.

Enter Osa. A week before the meetup, Osa and I walked through my presentation and he really helped point me in the right direction. I learned more about service-oriented design and rebuilt my presentation to explain how Phoenix 1.3 implemented that design paradigm. Now confident in my content, I practiced my presentation a few dozen times. Wish I could have had Osa as a 2LT…

I think I was more nervous preparing and practicing the presentation than when I actually gave it - despite some shenanigans with a finicky HDMI cable. Ultimately, I credit three factors in overcoming the imposter syndrome:

Fortunately, this presentation was better received than my first intel brief was back in the day. Having given this presentation, I have a better mastery of the material I have studied over the past couple years. But perhaps even more importantly, I have full confidence than I can engage in technical conversations with mid-level to senior developers.

Note on the sections headers: they come from a GEN Douglas McArthur speech about how sports are good military training: “On the fields of friendly strife are sown the seeds that on other days, on other fields will bear the fruits of victory.”

Dave is a Support Engineer at SalesLoft, husband to Sarah, graduate of West Point, and avid Atlanta United supporter.

Survive the Fire On to SalesLoft Presenting at a Meetup Flatfoot, pt 2 - Phoenix 1.3 Flatfoot, pt 1 - The API Locorum